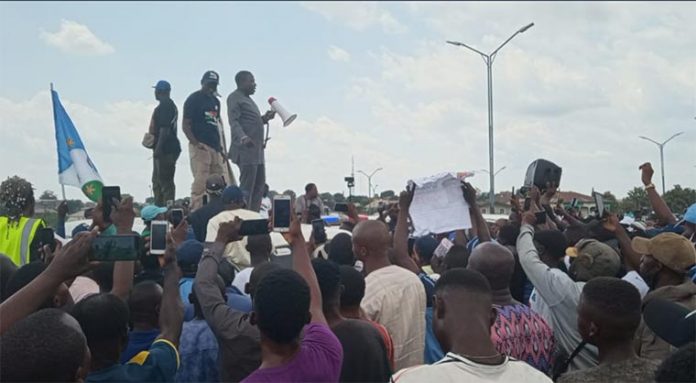 The presence of operatives of the Nigeria Police Force as well as men of the Nigeria Security and Civil Defence Corps was heavy at the rally’s location.

Men from the Amotekun corps were also seen at the venue, apparently stationed in a strategic location to prevent participants from entering.