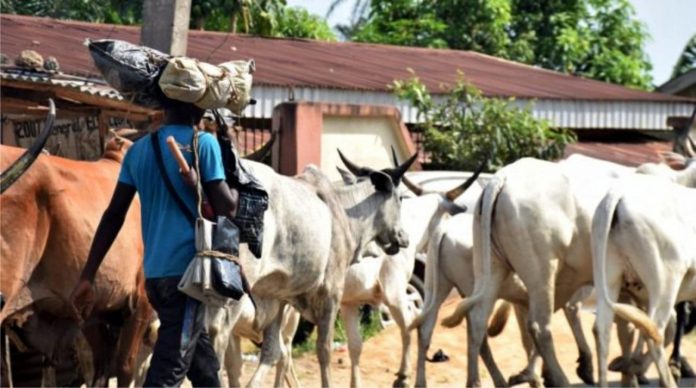 In fear of the unknown, some Sabon-Wuse residents stayed at home in Sabon-Wuse, a few kilometers away from Bwari Area Council.

It was learned that some of the herders, who arrived in the area around 8:00 a.m. and included men, women, and children, were from Niger Republic. They were traveling with a large herd of cows, sheep, donkeys, and camels.

Hussaini Abubakar, a local vigilante leader, told journalists that when the herders arrived at the highway, they stopped at Sabon-Wuse due to traffic congestion around a military checkpoint between Dikko junction and the town.

“They were able to cross the road after a while, and we met them across the road, which is under Tafa LGA where we operate.

“We engaged some of them to know about their mission. However, from what we gathered, some of them are from Niger Republic and they  said they were heading to Bauchi State,” said the vigilante leader.

He added that the herders’ efforts to cross the highway, which had worsened the gridlock, and also the fact that some of them were on motorcycles, made many people among the residents and passersby, to be in a panic. Also speaking, the Chairman of Miyetti Allah Cattle Breeders, MACBAN, in the area, Malam Haruna Idris, said there had been constant movement of nomadic herders for over a month now, with about 500 to 1000 mixed animals.

“Every time we asked them about their mission, their answers are that they are migrating from either Niger, Kebbi or Zamfara states, heading to Bauchi. And in most cases, they used to pass the night around some nearby Rugas (herders settlement), before proceeding with their journey,” Idris added.

As of 9:16 p.m., the herders had left their camp in the area to resume their trip to Bauchi by night.

Buhari condoles with Bauchi Governor on demise of brother