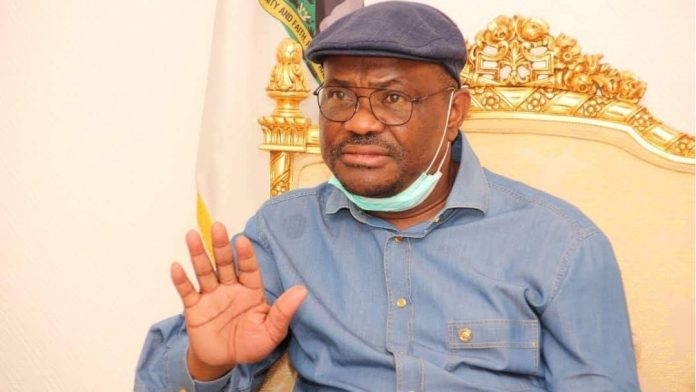 Rivers state Governor, Nyesom Wike has reacted to the alleged connection of the Minister of Communications and Digital Economy, Dr Isa Patami, with Taliban and Al-Qaeda terrorism groups. Wike on his Twitter page , @GovWike posted; “No reasonable Government would allow a person with the issues around Dr Patami to remain in its cabinet.

“Ordinarily the Minister should leave immediately but this Government doesn’t care This should not be allowed, saying it was done in the past or he has repented is not the issue. “It is inexcusable, at best we can say the seeds he sowed have germinated and led to the killing and destruction of people. If I was in such a situation I would have tendered my resignation.”

I am now jobless. You will kiss me until you are tired – Gov Wike tells wife