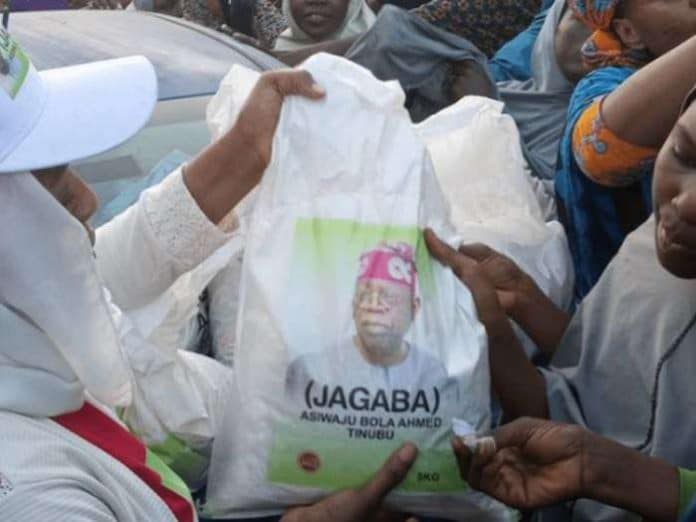 After receiving the bags of rice imprinted with the image of the All Progressives Congress (APC) national leader, Asiwaju Bola Tinubu, the speaker of the Borno State House of Assembly, Hon. Abdulkarim Lawan, thanked the APC national leader and Hon. Obasa for the donation and delivery.

The Speaker, Hon. Lawan, who led the distribution with officials from the State Emergency Management Agency (SEMA), said the intervention was the first of its kind since the Boko Haram crisis, and he urged others to follow suit.

He stated that the donation came at an opportune time, given the economic hardships endured by traumatized IDPs in the state.

Lawan stated that Governor Babagana Umara Zulum, the National Emergency Management Agency (NEMA), and other humanitarian agencies have been doing a lot to manage the plights of IDPs in the state, but due to the devastating effects of the Boko Haram crisis, there was much concern on meeting the economic demands of the displaced families and those living in host communities.

PDP says Tinubu is a betrayer

Man Cries Out After His Friend Made N15 Million From ‘Yahoo’...