Breaking News, Nigeria News, Entertainment, Sport, Business, Polities
Home News The Senate is investigating the Chairman of the CCT for an alleged... 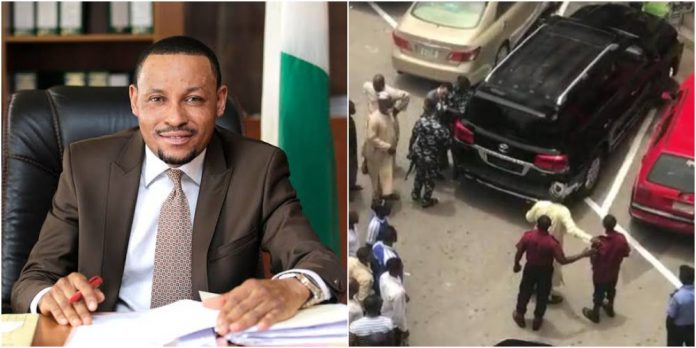 The Senate is looking into the physical assault on a security guard from Plateau State, Clement Sagwak.

The investigation stems from a petition filed in the Senate by Senator Istifanus Dung Gyang of the Peoples Democratic Party, PDP, Plateau North.

Senator Ahmad Lawan, President of the Senate, then referred the petition to the Senate Committee on Ethics, Privileges, and Public Petitions, chaired by Senator Ayo Akinyelure, PDP, Ondo North, to report back within four weeks.

As a result of this development, Umar will have to appear before both the Committee and the security guard.

Remember that Umar Danladi, the Chairman of CCT, was caught on camera physically assaulting a security guard, Clement Sagwak, at Banex Plaza in Wuse, Abuja.

The viral video showed Umar assaulting a security guard who had advised him to properly park his vehicle at the Plaza.

However, his actions backfired when other people in the Plaza rushed to the security guard’s defense and attacked him in return.