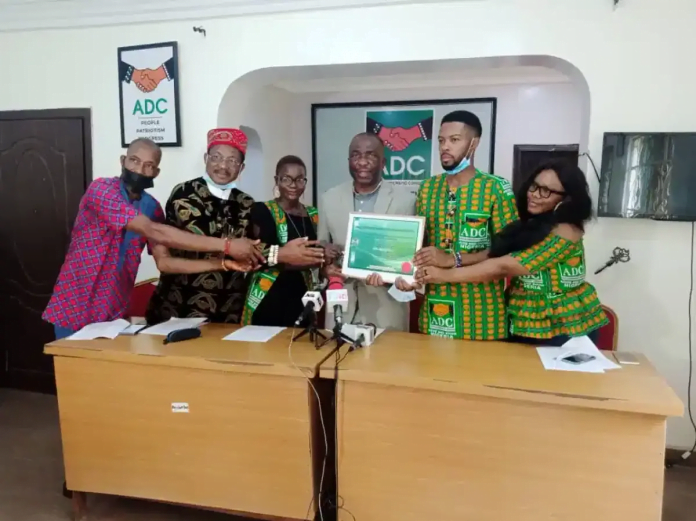 The African Democratic Congress, ADC, has offered free tickets to run for any elective office of their choice in the 2023 general elections to entertainment stars Innocent Idibia, popularly known as TuBaba, DJ Switch, Omotola Jelade-Ekeinde, and soccer star Ahmed Musa.

Ralph Okey Nwosu, the party’s national chairman, made the pledge while accepting a certificate of endorsement for the party as “the one-party for Nigerian youths and women” in the next election cycle.

Mr. Nwosu advanced the reason for the choice of celebrities to run on the party’s platform, noting that entertainment stars have given back to the country more than today’s elected politicians.

He went on to say that celebrities can run for governorship, senatorial seats, and even the highest office in the land on the ADC platform if they meet the requirements outlined in the 1999 constitution (as amended) and the Independent National Electoral Commission, INEC guidelines.

Nigerians Can’t Wait For PDP To Return In 2023 -Atiku

Include Miyetti Allah, FUNAM On List Of Terrorists – Ortom Tells...