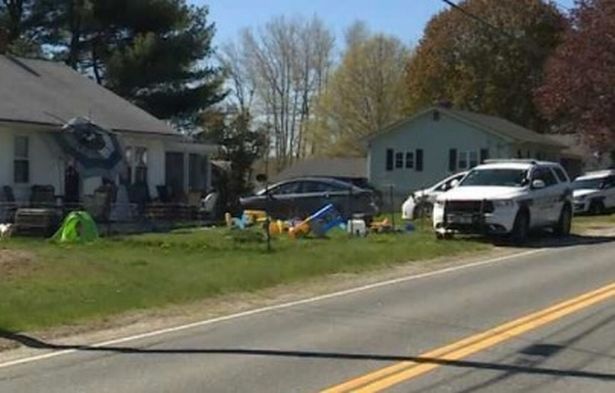 In what will come across as a really startling development, a toddler has shot his mum and dad after getting his hands on a loaded gun lying on his parents’ bedside table, according to Daily Star UK.

Police said the shocking incident happened at the family’s home in West Bath, Maine just before 8am on Wednesday morning.

Sagadahoc County Sheriff Joel Merry told local media the two-year-old boy had picked up the firearm on the nightstand and shot his dad in the head and his mum in the leg.

He also managed to hurt himself when the gun’s recoil struck him in the face.

Thankfully neither of the boy’s parents, aged 25 and 22, suffered life-threatening injuries. They and their son were taken to Mid Coast Hospital for treatment.

Sheriff Merry added the boy’s injury “was minor and, to my understanding, he was immediately released”.

The couple’s other son, a three-week-old newborn, happened to be in the room at the time but was not hurt. The baby is now being looked after by his grandmother, who lives in the same house but was not present at the time of the shooting.

“The question of how the boy was able to pick up and fire the weapon is of great concern and is being investigated,” Sheriff Merry said.

“This situation, while disturbing, could have had an even more tragic ending.”

He added: “We are thankful that the injuries were not more serious.”

The weapon has been identified by the police as a 9mm semi-automatic handgun.

The Sagadahoc County District Attorney’s Office is meanwhile investigating the incident with the local police.

None of the people involved in the accidental shooting have been identified.

Sheriff Merry said even though such incidents are rare, “they should be taken as a warning to the public to ensure firearms are kept in a locked, secure location out of reach of children”.

“In the 12 years I’ve been sheriff, we’ve never had a situation like this,” he said.

“If you have children, you really should be securing any firearm in a locked closet or cabinet or have a trigger lock.”

As many as one in three American homes with children keep guns in the house., according to the Centre for Violence Prevention at the Children’s Hospital of Philadelphia.