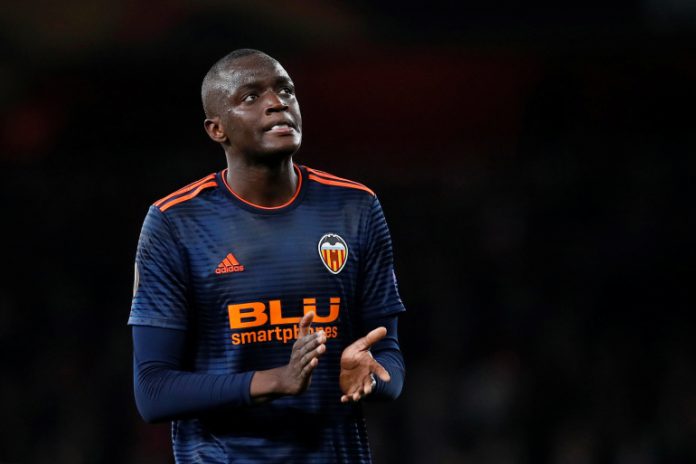 Valencia players walked off the field during a Spanish league match in Cadiz after defender Mouctar Diakhaby accused an opponent of racial abuse.
The players eventually returned to the field at the request of Diakhaby, who had a heated exchange with Cadiz’s Juan Cala during Sunday’s La Liga match before indicating to the referee that he was leaving the field, with the Frenchman’s teammates following him off in the 37th minute.

Cadiz followed Cadiz down the tunnel shortly after.
The Valencia team returned about 15 minutes later, and the game resumed five minutes later, this time without Diakhaby.

Valencia said in a statement that the team decided to resume play “to fight for the honor of the club, but to condemn racism of any kind.”
Diakhaby had asked his teammates to return to the field, according to a second club statement.
“We support you, Mouctar,” read the Twitter statement.
Diakhaby was replaced by Hugo Guillamon, who sat in the stands for the second half.
Valencia coach Javi Gracia later claimed that they were told they would be punished if the match was not resumed.

“We were told in the changing rooms that if we didn’t return, we would be sanctioned,” Gracia said, declining to say who made the threat.
“At that point, we spoke with Diakha about how he was feeling, and he said he wouldn’t play, but he understood perfectly that we needed to keep playing to avoid a possible sanction, so we returned.”
Cadiz coach Alvaro Cervera stated that Cala insisted he had not insulted Diakhaby racially.
“We went back to the changing room and talked,” Cervera stated. “Cala stated that he never insulted the player. I have faith in my player.”

After the game, La Liga refused to comment on the incident.
An official complaint from Valencia, or mention of the incident in the referee’s report, could result in additional investigation and sanctions against Cadiz.
Ximo Puig, President of the Valencian Regional Government, tweeted: “Equality and rejection of racism.” That is the most crucial match. Diakhaby gets a hug. This is his home and land.”
Cadiz took the lead in the 14th minute thanks to defender Cala, but Kevin Gameiro quickly equalized for the visitors.

Cala remained on the field after Diakhaby was taken off, though he, too, was substituted at halftime for Marcos Mauro, who scored Cadiz’s 88th-minute winner.
Inaki Williams of Athletic Bilbao testified in court last month as part of an investigation into Espanyol fans racially insulting him during a match in January last year.
In December 2019, a second-tier game between Rayo Vallecano and Albacete was called off after Albacete refused to return for the second half after Rayo fans chanted that their striker Roman Zozulya was a Nazi.

“Don’t be obsessed by another man’s success”- Obi Cubana