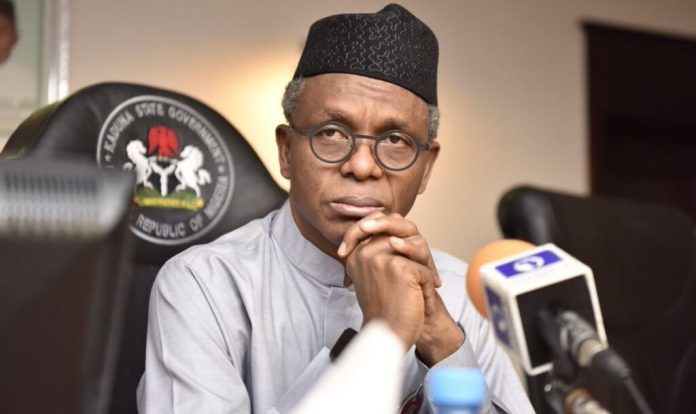 The Governor of Kaduna State, Nasir El-Rufai has admitted defeat after losing at his polling unit during the just concluded local government election in the state.

Revealing why he lost, the governor said the vote of the people was not against him but the councilor and the performance of the chairman of the local council.

He noted that the loss was not a referendum on him.

He said the fact that his polling unit was won by the Peoples Democratic Party showed that democracy prevailed.

“I’m not on the ballot, so it is not a referendum on me, it is a referendum on the councilor and the performance of the chairman of the local council. The loss of my polling unit shows that we did not programme these machines; we did not influence our independent electoral commission, and the whole thing has worked very well.

“The results of the election clearly show that we are finally uniting Kaduna State and people are making choices based on the performance of elected officials.”

El-Rufai also gave an update on what was going on in some of the local governments where elections took place.

He said, “There are issues that came up and the electoral commission is working on them. Two LGAs are still contentious, the results have not been communicated to me. I have been told that in Kachia, one of the LGAs, the election is inconclusive because the machines did not function in many polling units. Soba is awaited, but so far I will say that the exercise has gone reasonably well.

“There is little we can do to avoid thugs snatching electoral machines, but you should know that these machines are programmed to be disconnected remotely by the electoral commission. The machine also provides its GPS location so you can target and go and recover it.”