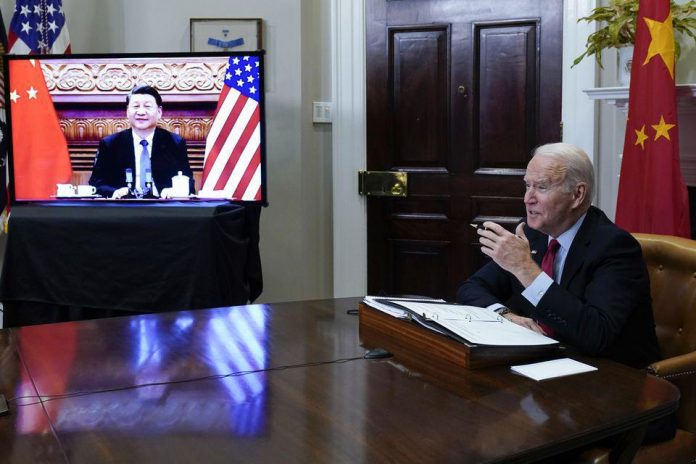 It is the first face-to-face – albeit virtual – meeting of the two presidents since Biden took office in January.
They have previously spoken twice by phone.
Xi said China and the United States should respect each other, according to Chinese state broadcaster CCTV.

Points of contention include Chinese threats against Taiwan, the ongoing U.S.-China trade war, the human rights situation in China, the treatment of the Uighurs and Tibetans, and the suppression of the pro-democracy movement in Hong Kong.
The two countries see each other as competitors on the world stage.

Washington is deeply suspicious of China’s claim to power in Asia and Beijing, complaining about increasing U.S. protectionism.
On the Chinese side, Foreign Minister, Wang Yi and Vice Premier, Liu He, who is responsible for trade relations with the U.S., are taking part in the talks, state media reported.

U.S. Secretary of State, Antony Blinken and Treasury Secretary, Janet Yellen, are among those attending for Washington. (DPA/NAN)