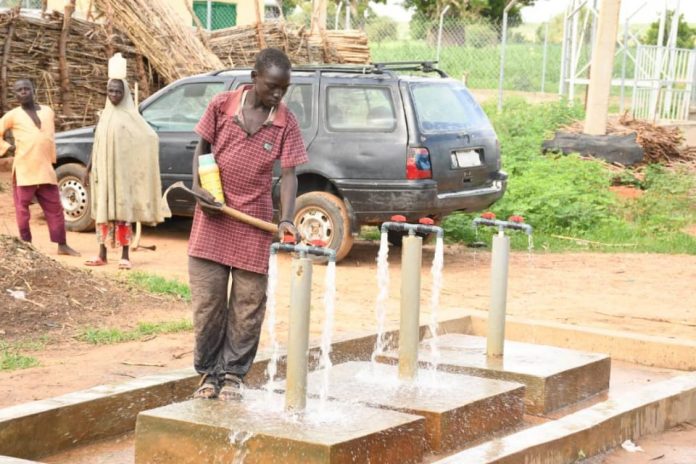 The Yobe State Water Resources Ministry said on Wednesday it had spent around 330 million naira on providing potable water to residents of the state from 2019 to 2021.

Alhaji Galtima Mai-Ari, permanent secretary of the ministry, revealed this to Damaturu during a ministerial briefing marking the two-year term of Governor Mai-Mala Buni.

He said more than 116 million nairas of that sum was used to drill five solar-powered boreholes in the town of Wagir, Abator state, Damaturu, and the Nigerian army headquarters in Buni. Gari.

Mai-Ari said the sum of over 102 million naira was also spent on drilling, upgrading and maintaining various types of boreholes in Damaturu, Potiskum, Geidam, among others.

The permanent secretary said the state has contributed 112 million naira to the UNICEF water sanitation and hygiene project in the state.

As part of the project, he said 232 hand pumps and 53 solar-powered boreholes as well as 128 toilets have been built in the towns of Machina, Nengere, Jakusko, Fika, Gujiba and Yunusari.

Mai-Ari said the ministry operates and maintains more than 310 boreholes across the state, including a 30 km pipeline crosslinking at Buni Gari, Damaturu, Potiskum and Geidam.

Regarding the Damaturu regional project of 8.4 billion naira recently awarded by the federal government, he said contractors had been mobilized on the site.

The permanent secretary who, when complete, the facility would produce 6.5 million gallons of water per day for residents of the state. (NOPE)

CBN Blames Nigerians As It Reveals Why eNaira App Was Removed...