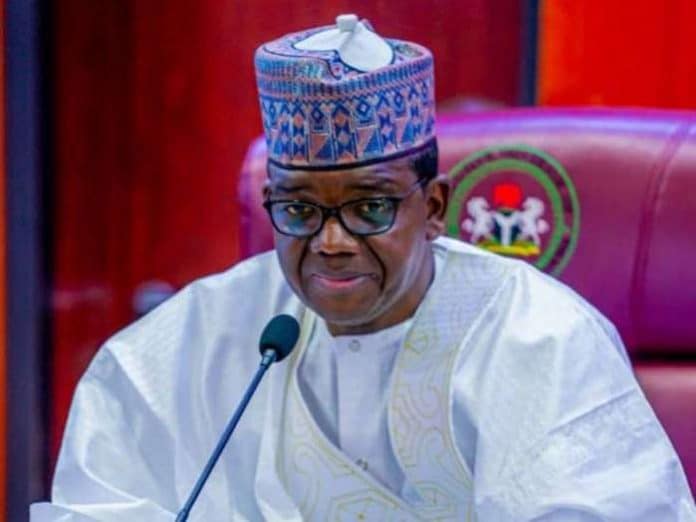 Just a few days into Ramadan, the Zamfara government claims to have spent at least N2.9 billion on “essential commodities,” most likely foodstuffs, for residents.

This was revealed by Ibrahim Dosara, the Commissioner for Information, in a statement issued on Sunday in Gusau.

He stated that the chairman of the essential commodities distribution committee, Nasiru Magarya, who is also the Speaker of the House of Assembly, assured him that the gesture would be spread throughout the state.

He revealed that the speaker had already formed various committees to help with distribution.

Mr Dosara further stated that the 450 truckloads of the welfare package contained rice, millet, maize, beans, sugar, and milk were distributed to the less privileged, internally displaced persons, civil servants, and others.

“The goal is to assist in reducing the hardships that people face and to enable them to observe the Ramadan fast with relative ease and happiness.

“In order to ensure equity, fairness, and justice in the distribution process, the governor has directed the formation and/or constitution of committees at the state, local government, ward, and polling unit levels, with members drawn from the political class, labor, traditional, and religious leaders,” he said.

He mentioned that the various committees were warned against stockpiling commodities for personal use.

The statement pointed out that they were different from the consignment allocated for workers, orphans, people with special needs, internally displaced persons, imams, Quranic schools, and other relevant organizations.

Story Of Baby Boy Who Was Left Brain-Damaged After Electrodes Were...

Web Designer Names His Son HTML In Honour Of His Profession...