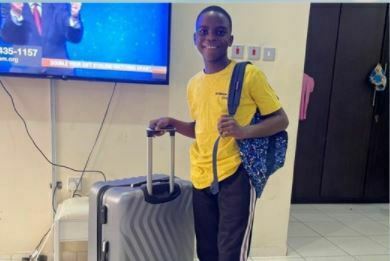 A consultant pathologist present during Sylvester Oromoni’s autopsy has said due process was followed.

Chikodil Nwigwe was present at the Military Hospital, Yaba where autopsy was conducted on Sylvester Oromoni Jnr, the 12-year-old student of Dowen College, Lekki, Lagos, who was allegedly bullied to death.

Nwigwe, who is among the eight doctors that witnessed the autopsy at the Lagos State Teaching Hospital, said the necessary protocols were followed in conducting the autopsy on the deceased.

Insisting on transparency, the medical practitioner told Arise TV that the findings can be reproducible and taken to any other place in the whole world.

She said, “Due process was followed. All the necessary protocols, methods, laboratory tests, radiological testing, were performed. We had about 8 pathologists there, at the Lagos State University hospital morgue where the second Autopsy was carried out. As you know, there was an autopsy that had been done before somewhere before his body was brought to LASUTH where we all came together and did the autopsy.

“The autopsy was recorded from start to finish. Photographs were taken, not by one, by many. So whatever you have documented can be corroborated with video and picture evidence.

“Microbiological analysis were done, we proved yes, he had bacterial infection and this was sepsis. There was no bias in the process.”

When asked if there were possibilities that there could have been shady deals which she was not aware of, the pathologist refuted this strongly, stating that there was no way such could happen.

She claimed she was taking photographs and even when there was a little electrical fault, she kept on taking photos in the dark.

“Nothing would happen behind me because we were there for hours. We were there standing from about 4:30 till about 9pm. No one left, we were all standing during the autopsy. Even when the lights blinked, I was standing there, we were all there. I was taking pictures even in the dark.”

Last year, the family of the deceased shared a video showing how Sylvester was writhing in pain while bleeding from his mouth.

His lips appeared swollen and his teeth looked broken.

On whether there were underlying sicknesses that could be responsible for this disfiguration, the doctor said, “Natural death means there was no suspicion of manslaughter or murder. It means disease, disease is natural.

“Pain is a sign of so many diseases from headache. That someone is screaming of pain, it shows that there is an underlying problem, it might be mild, moderate or severe.

“Sylvester was in shock but that shock was due to sepsis. We will call that septic shock. When we did the autopsy, we noticed that he had a bruise at the right ankle area, we took photographs and opened it up. We saw a pus-like collection of liquid coming out. We took specimen from there and sent to the microbiology lab to test what type of organism was there. We took samples from the muscles.

“On opening up too, we saw that the lungs were highly diseased, they weren’t reddish but whitish, when we took samples, we suspected but we took the samples to the lab to confirm our suspicion. The kidneys too, we took samples, then from the liver, brain, stomach, why the stomach, the stomach had signs of discolouration and mild erosion, we took samples because it could be anything.

”Sylvester died of septicemic shock and this shock was what ceded the other organs. The pneumonia is bacterial because we took the specimen to the lab and confirmed it was bacterial pneumonia.

“For reasons best known to me, I never knew I was going to be involved in this case, all those videos, I never saw them till now. I might not know the extent of what you saw. As a pathologist, it is what we saw on the table that we report, we removed bias, sentiments, affiliations, or inclinations. You report what you saw on the table irrespective of what a clinician, surgeon, relation has told you. Even if the person was the one who paid you for the job, if the person is wrong, he’s wrong, if he’s right, he is.

”Its on conscience that pathologists do their work, they said they saw bruises but remember that the first pathologist was invited by the police and we were there, we asked to show us what he saw… I can tell you that where we actually saw bruises, yes the mouth had bruises, the head had some shallow cuts and bruises but I want to say something. There can be many causes of that blister, it could be a fever blister, it could be an impact or what we call haemorrhagic rash you see that in sepsis…”

Cardi B Dolls Will Not Be Released Due to COVID, Quality...